For the first day of Blogtoberfest, it seems right that I share this project, as it has been so long in the making and now is finally finished!
About 12 or 15 years ago, I bought a self-published cross stitch chart booklet from a charity shop.  It was called the Moongate Book of Dragons and I painstakingly copied the Moongate Dragon chart into my cross stitch software (Easy Cross) to make it easier to work from, then stitched it.

It was my intention to then change the colours to make a Sun Dragon and flip the chart so I would have a pair of dragons facing each other.  But before I got around to doing that, we had a computer crash, I had to re-install the software and all my previous files had been corrupted.  It meant putting in the entire chart again, square by square and I couldn't face it at the time!

Fast forward 12 or 15 years ....... I bit the bullet (been doing a lot of that recently .....) and redid the chart.  Stitching in my car before work every morning and also putting in a few hours at crops, meant I finished it in three months, which is probably something of a record for me!

Here is the Moon: 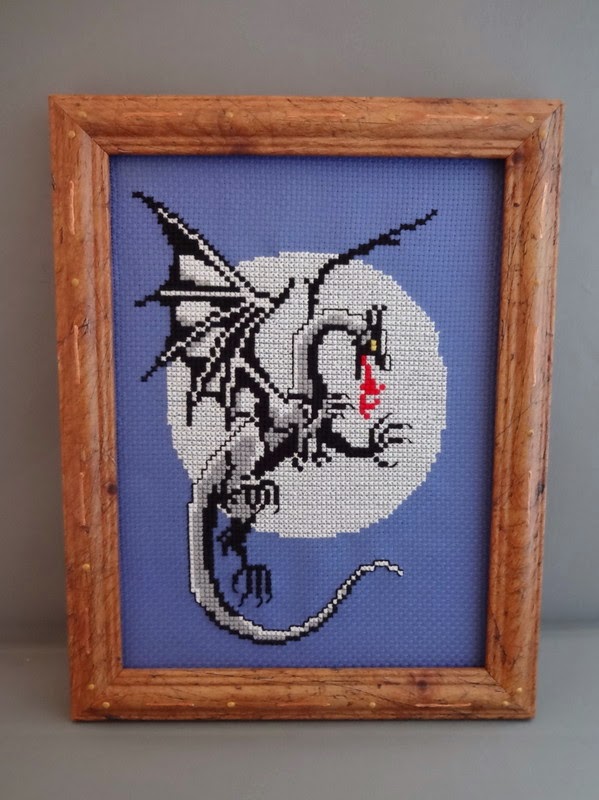 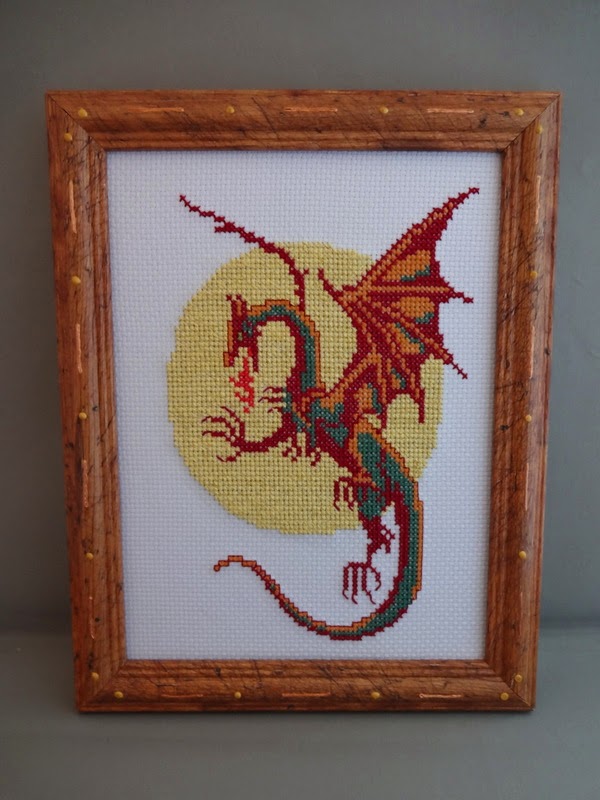 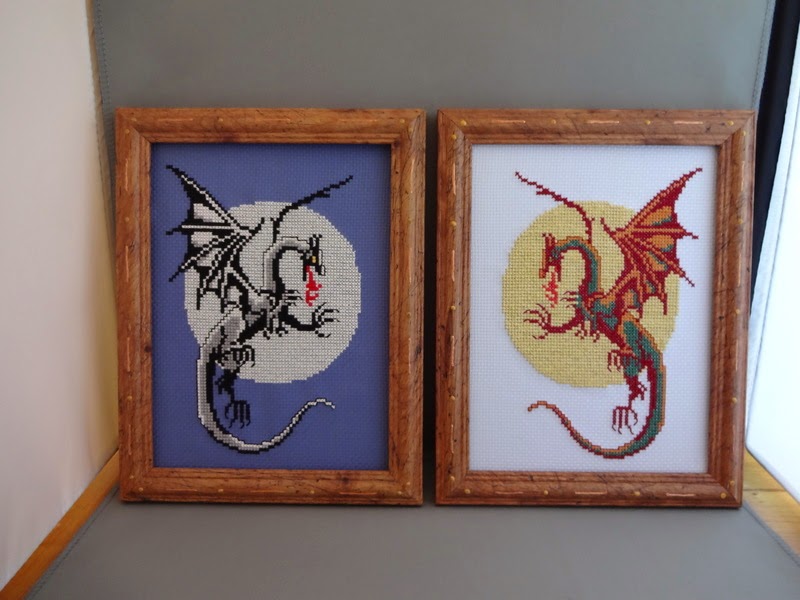 Hung in their final positions above the window: 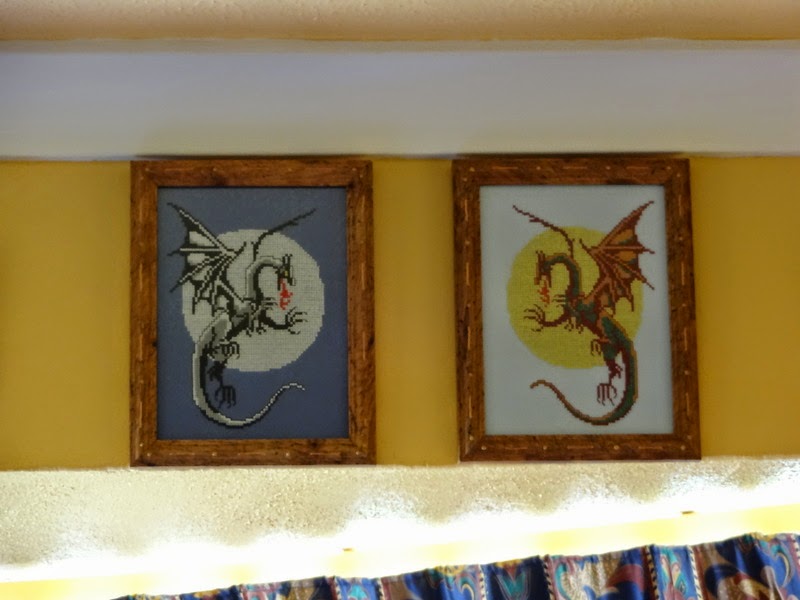 The Sun Dragon is stitched on light blue fabric, though it does appear white when hung next to the other one LOL.

I am so pleased to have finished them off, finally!