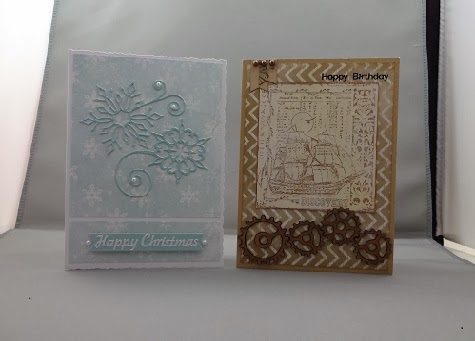 The prompt for week 3 is a sketch.

The Christmas card has paper from Craft Creations, the snowflakes and swirlies are die-cut (Memory Box), as is the banner (Die-namics).

The birthday card uses paper from The Avenues collection (Bo Bunny), the stamp is by Crafty Individuals and the gears are laser-cut by DH!
Posted by Wendy at 07:38 4 comments: 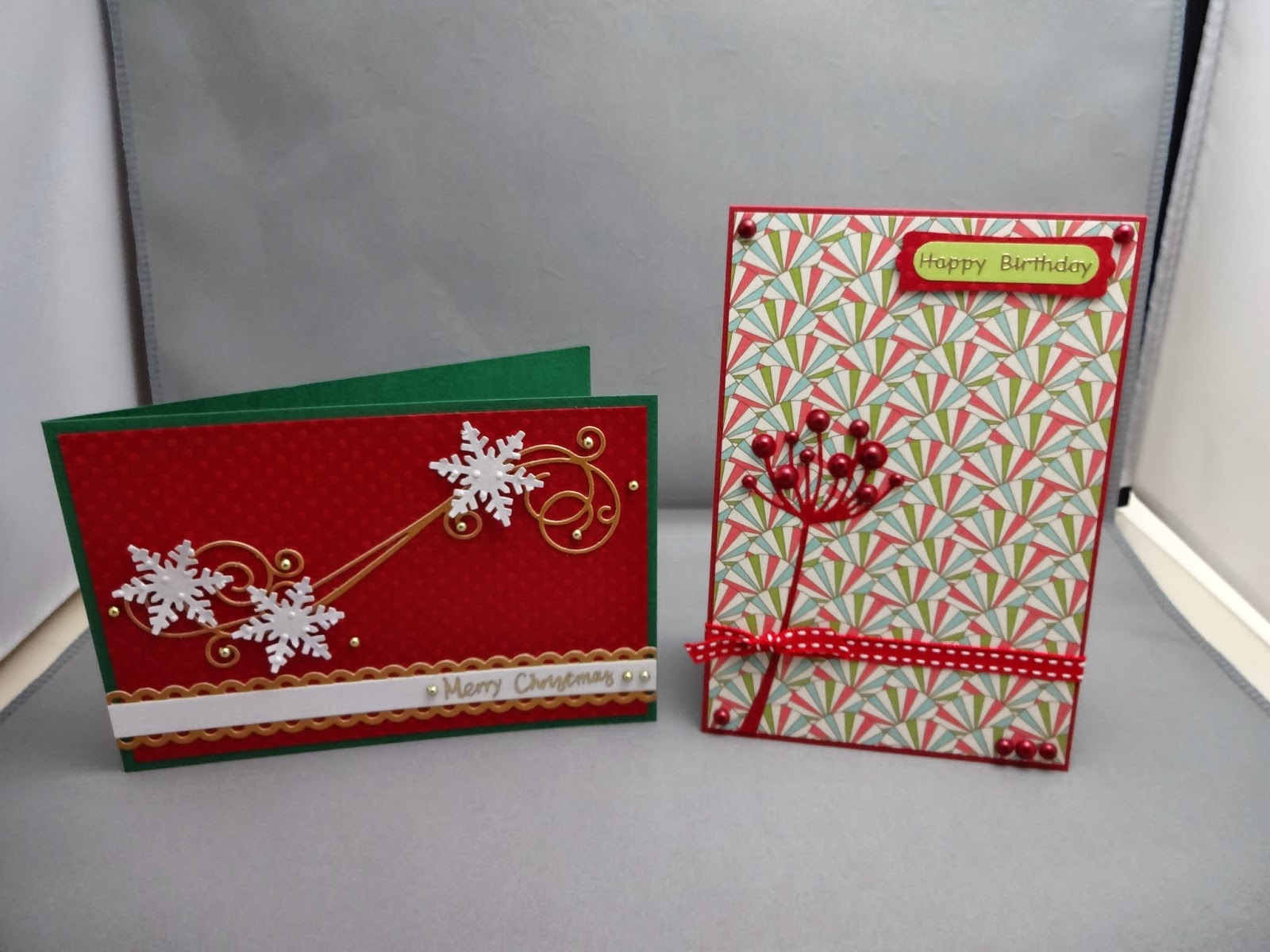 ﻿
Bright colours from a photo prompt is the challenge for week 2 - use some of the colours shown, or all six.  I managed three for the birthday card and two for the Christmas card!

The Christmas card has a mat of Bazzill Swiss dot in Phoenix, a die cut swirl (Memory Box) and border (Dienamics).  The snowflakes are punched (Martha Stewart) and I cut a strip of white to top the ribbon border.  A few gold pearls are scattered here and there :-)

The birthday card uses  a multi coloured background paper (Stampin' Up?) and I wrapped a ribbon around it.  The flower stem is die-cut (Memory Box) and the sentiment is done with SU punches.  Red pearls to finish this one!  The photo doesn't really show that there is a lime green in the background paper, which goes with the lime green tag much better in reality than it appears to here!
Posted by Wendy at 22:33 2 comments:

Use something new - 52 cards challenge week 1 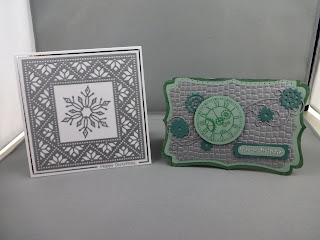 I enjoyed this challenge so much last year that I am joining in again!  The prompt for week 1 is to use some stash received for Christmas.
I didn't get any papers or stamps, I asked for dies this year.....  :-)
The Christmas card actually uses a Cheery Lynn die I got for my birthday back in August, but this is its first use, so that still counts as new, right?  LOL.  I also used a Memory Box snowflake die and cut both in Bazzill Bling Tungsten, which is sparklier than it appears in the photo.  I made an interrupted frame with peel off lines and sentiment, then stuck a few crystals on the snowflake.
The birthday card is a bit of an experiment - I used my new Go Kreate dies to make a shaped card blank and a silver mat in the next size down.  I embossed the mat with a cuttlebug folder, but after adhering it to the base card, I felt there was too large a border, so I pricked all around the mat .... still needed something else so I coloured in the edge with a pen - not very expertly it has to be said, I need to practice a bit more I think!  I stamped the clock and punched out, then die-cut the gears (Cheery Lynn) and swirl (Memory Box).  Then I punched out the sentiment tag (both base and top are Stampin' Up) and added the peel off sentiment.  It's a bit grungy, I think, but it should do for a 'male' card, sometime.
A Happy New Year to you all :-)