I needed to make a card for a 50th birthday, but was in a quandary as to whether to use the number 50 on the card, or not.  DH agreed that it was a dilemma, then suggested that I could do something with a champagne glass and the word 'celebrate'.  Well, that was just an inspired idea and here it is :-) 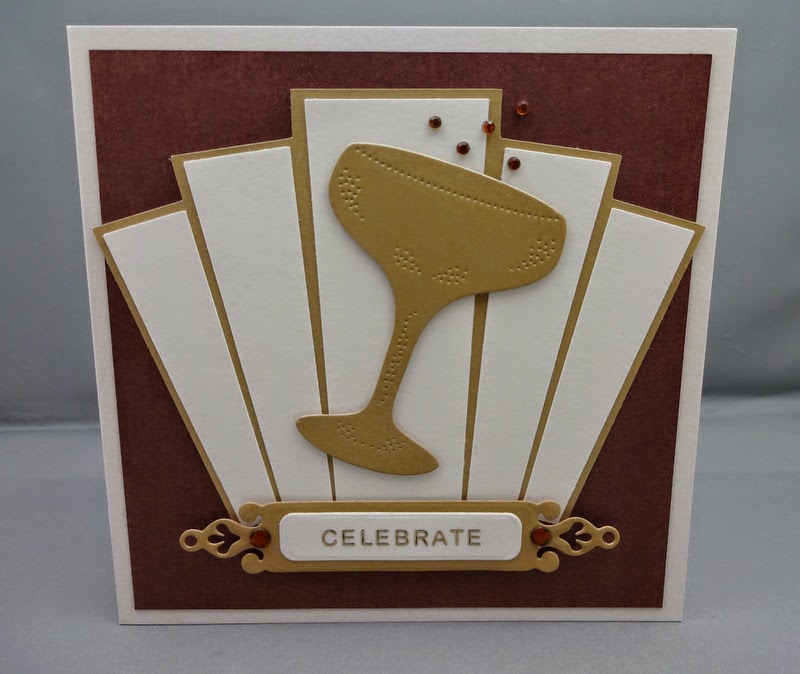 The deco fan is a Silhouette cutting file, reduced to 30p from 59p, what a bargain.  The champagne glass is made with a Britannia die, the sentiment tag is a Nestie.  The word is spelt out with individual 5mm peel off letters, from Craft Creations.  I added a couple of crystals onto the tag, and then a few tiny ones for 'bubbles'.
It was a little fiddly, not to mention more time consuming than you would think, assembling all the pieces.  But I really like it, I think having two glasses on an anniversary card would look good too.  Incidentally, the card and fan are ivory, rather than white as they look in the photo, it looks a lot warmer in real life :-)
Posted by Wendy at 22:10 3 comments: