An early start today, to arrive at the Make It show in Farnborough as it opened.  Sy and I had our respective lists and actually stuck to them ...... mostly!  I did succumb to a few impulse stamps and dies near the end :-) 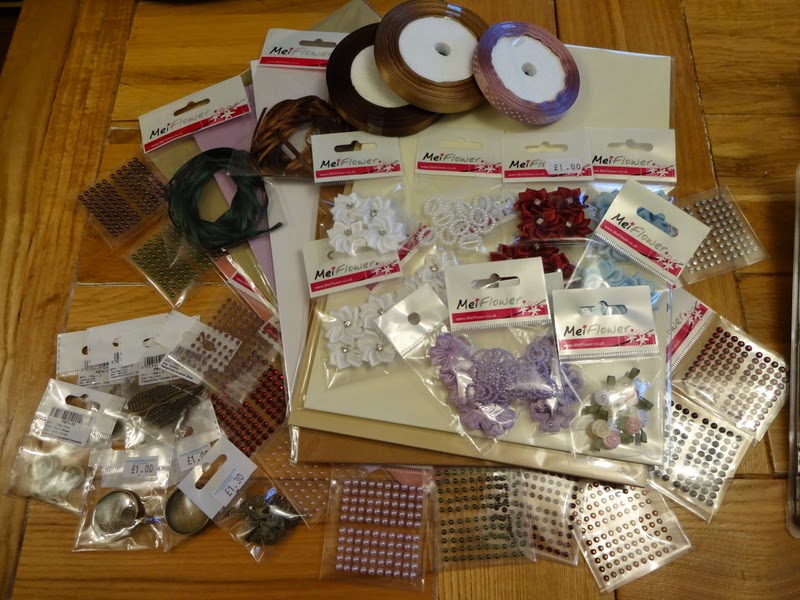 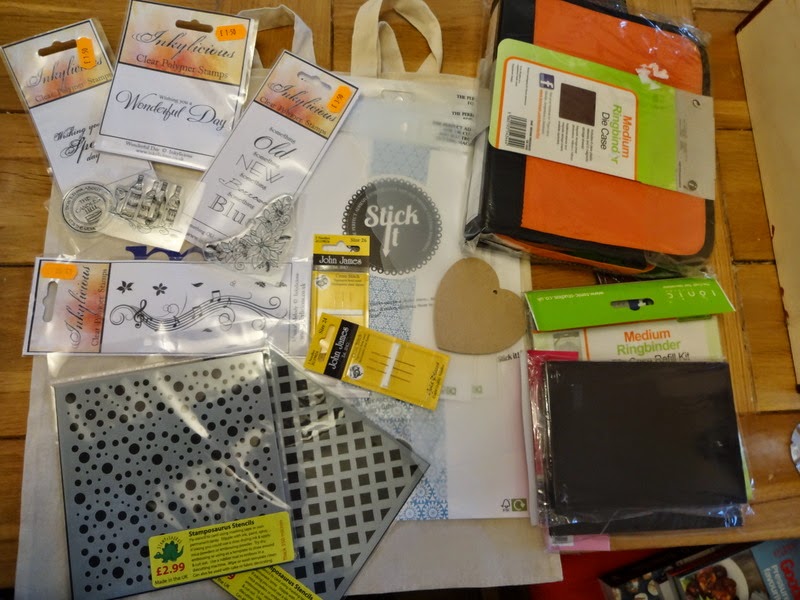 Stamps, stencils, stick it adhesive sheets, die storage ring-binder and refill sheets.  Underneath is the official Make It show bag, sold in aid of MacMillan - I only realised it had the little MDF heart inside when I got it home!

As for the show itself, I was a little disappointed with the choice of food available - we ended up going to a café for lunch instead.  But it is a nice show to visit, room to walk around and a large seating area, with a good variety of stands.  Sadly, the cheese and fudge man was not there this year, but our purses and waistlines are probably grateful for that :-)

Email ThisBlogThis!Share to TwitterShare to FacebookShare to Pinterest
Labels: make it show

Buy it - Try it Monday: Beat the Christmas Rush

I bought three Christmas text dies on special offers and since Sue is kindly running BtCR again this year, I have made three cards for January :-)

They all have papers from Bo Bunny 'Altitude', the 6" pad, and I used Stick It adhesive sheet for all three.  The first one has an Ultimate Crafts die: 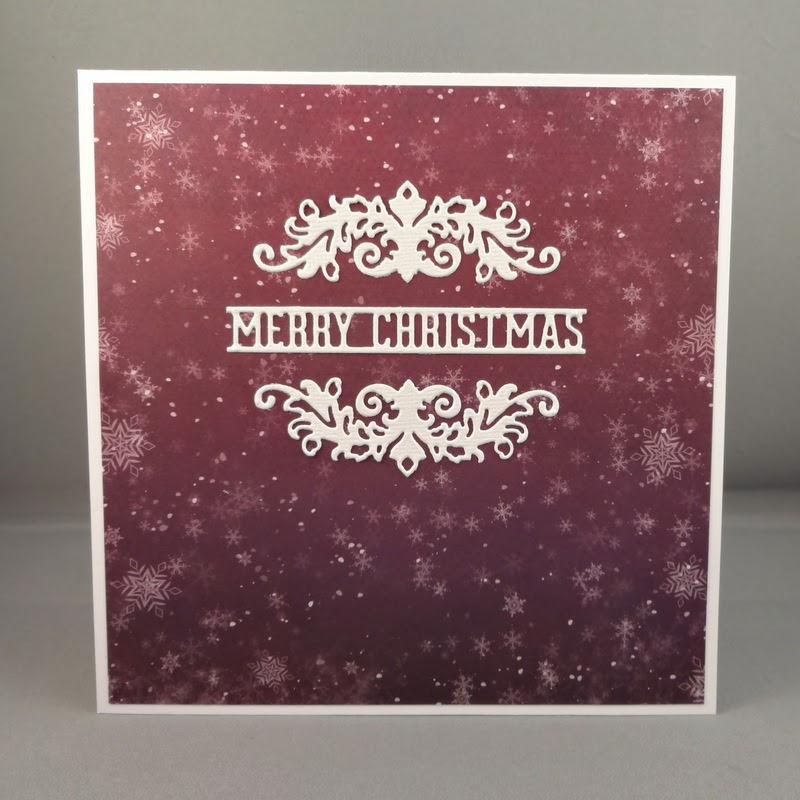 This die did not perform well ..... very difficult to cut, in fact it didn't cut completely through the adhesive sheet, the backing paper was left in the die and I had to poke out all the little pieces from a sticky die-cut, which was tricky as I didn't want to transfer all the adhesive to my fingers!

The second uses a Die-versions die: 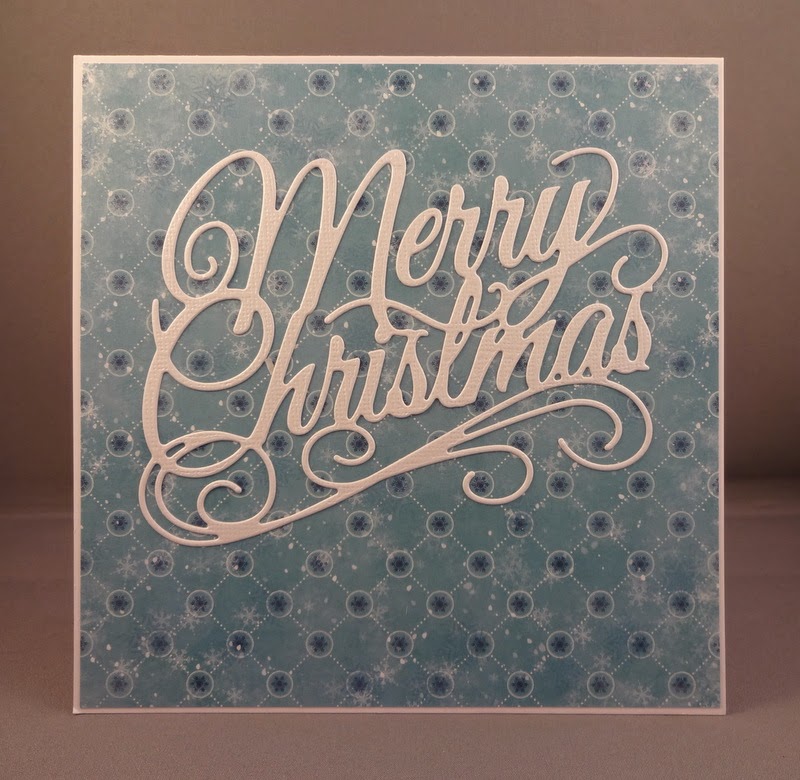 This cut beautifully, though I had to turn it for a second pass through, but it's my favourite of all three and I will definitely be using it again :-)

And the third one, a Memory Box die. 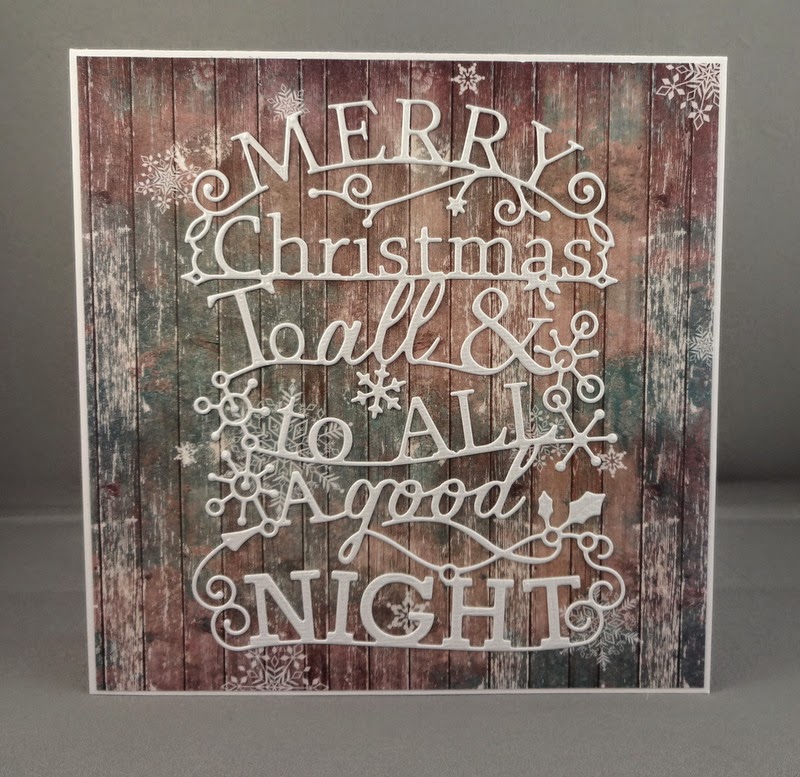 This was a little more fiddly to cut - again I had to turn the die for a second pass and also use a shim.  Pulling the adhesive backing off was a careful job, but this is exactly the sort of die it is so useful for :-)  It also fits an A6 card blank.

I am pleased with these, they work well as production line cards, I think :-)