Last year, Tesco had punnets of cranberries at a reduced price, down from £2 to 25p, so I bought six and popped them in the freezer.  Three months ago, I started this cranberry vodka off, so it would be ready for Christmas.  Although I have used other fruits in vodka before, I have never tried cranberries so only used two punnets - didn't want to waste too much vodka on an experiment!  I usually wing the amounts but this time used an actual recipe (!) from the Waitrose magazine, it doesn't appear to available on their website anymore, so I will type it out here.

Cranberry vodka - original recipe with my adaptations in italics

I doubled all quantities
The jars: 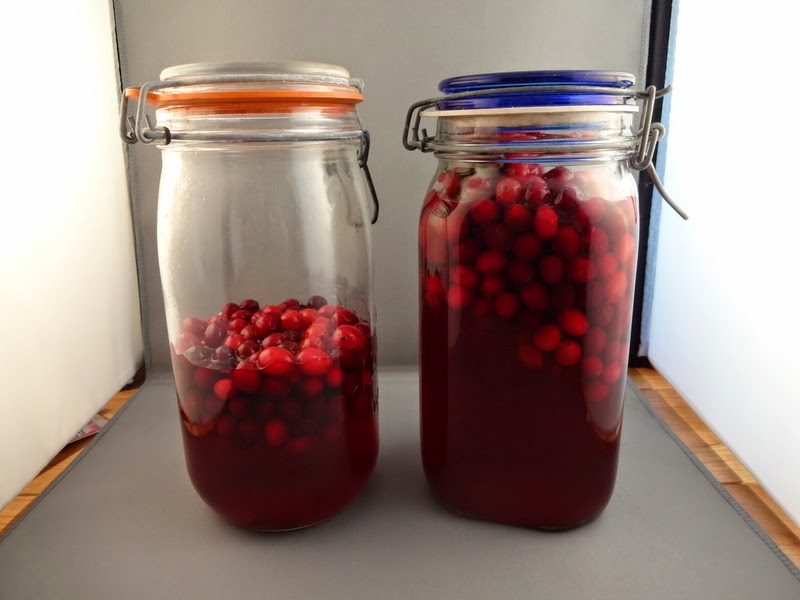 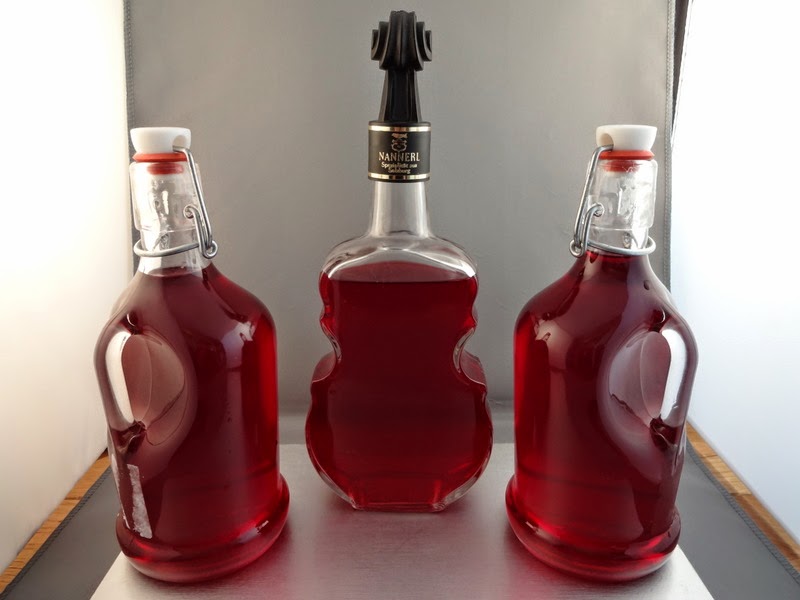