I may have to make this a regular feature ...... how many times do we buy something we simply must have - only to put into a drawer and forget about it? 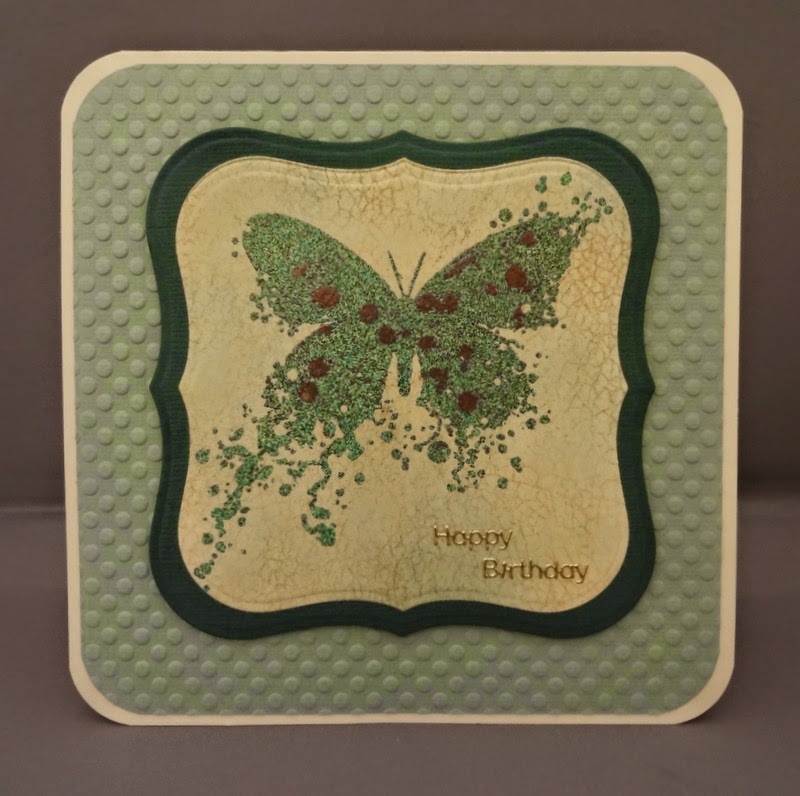 Recently I bought a butterfly stamp from Visible Image.  I already had a previously inked and stamped background, so decided to stamp and emboss the image using Verdigris embossing powder.  I then added some spots (also Visible Image) in copper over the body of the butterfly.

Now to die-cut the image - I had also recently bought Nesties Labels One, after seeing a project on Pinterest that used them (!), it turned out that the largest in the set fit nicely around the image.  Unfortunately, I wanted to mat it .... so I also bought the Grand Nestabilities Labels One and used the smallest die from that set for a mat.

To make up the card, I embossed some cardstock and cut to fit the card blank, then rounded the corners of both blank and cardstock.  The matted image was attached to the card with 1mm foam tape and I added a peel off sentiment.