The final post of Blogtober, a little later than normal, but I have the excuse of recovering from the ADTML retreat!  I managed 8 complete layouts and some cards, which I am very pleased with.
Today's post is a tutorial for the double gatefold cards (which I mistakenly called waterfall cards in a previous post).  The instructions were given to me by Nicky, a SU demonstrator who runs workshops in Chailey, East Sussex, contact her on nickyalevy@btinternet.com if you would like to come along. 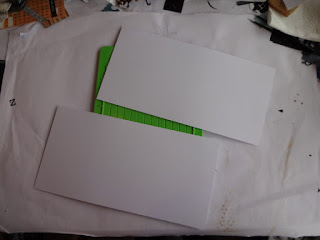 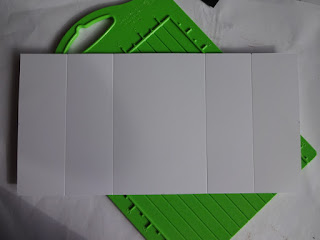 Mark each short side of each scored strip at the central 3" point with a small pencil dot.  There are two variations from this point: cut to the 3" mark from either the top of the 2" and 10" score-lines, or from the top of the 4" and 8" score-lines. 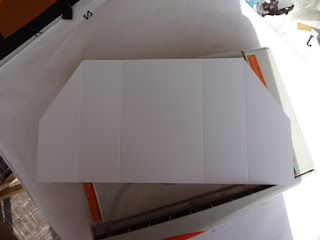 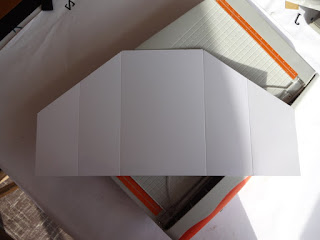 Decide which is the front of your card (the back is for writing on!) and cut panels to fit the front of the card as shown below - I have only done one variation, but the principle is the same for both. 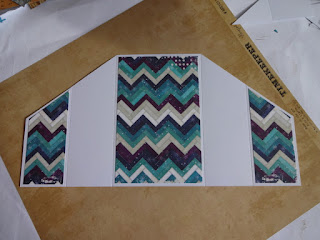 Then cut panels for the back as below. 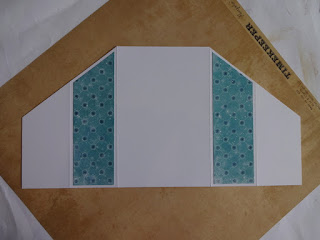 Now fold the side panel towards the centre, from the 4" score-line as shown. 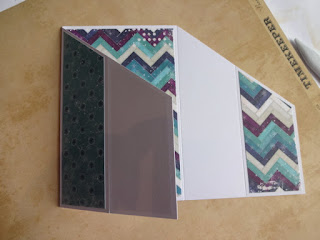 Then fold from the 2" score-line back out towards the side of the card. 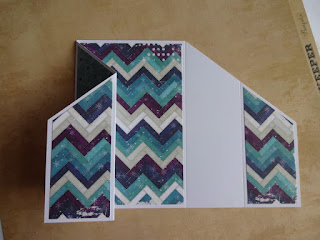 Repeat for the other side of the card. 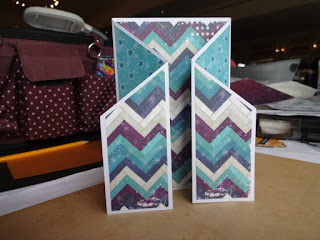 Stamp an image for the inside panel and a sentiment tag for the front and attach them - the tag only needs to be stuck to the left hand panel!! 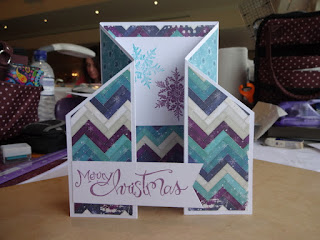 And there it is done!  It is actually easier to stick the inner image before folding it, but this is the way I did it at the retreat because I was concentrating on getting the photos of the folds!!  You can do all sort of things with these cards, you could have die-cuts on the front panels and the image/sentiment on the inside, for instance.  These are the others I made, the other variation is also shown. 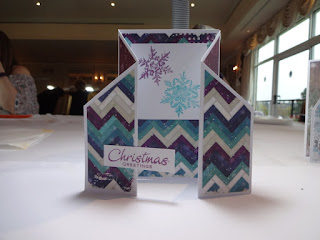 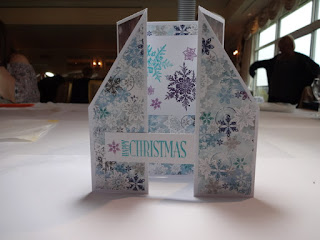 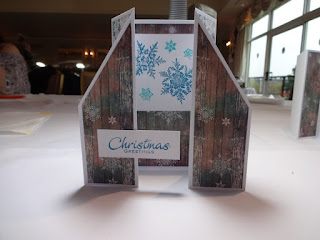 This is definitely going to become a staple design in my card-making.  For someone like me who doesn't 'do' paper engineering, these are marvellously simple to make :-)

So, at the end of Blogtober, how have I done?  Well, I have achieved my goal of posting three times a a week, sometimes it has been a case of a late night spent making an item for the next day's post, but mostly I have been quite organised and made ahead LOL.  I need to keep it up now, perhaps two or three posts a week :-)  I have to admit though, I am just a little bit Christmas-carded out ......!!