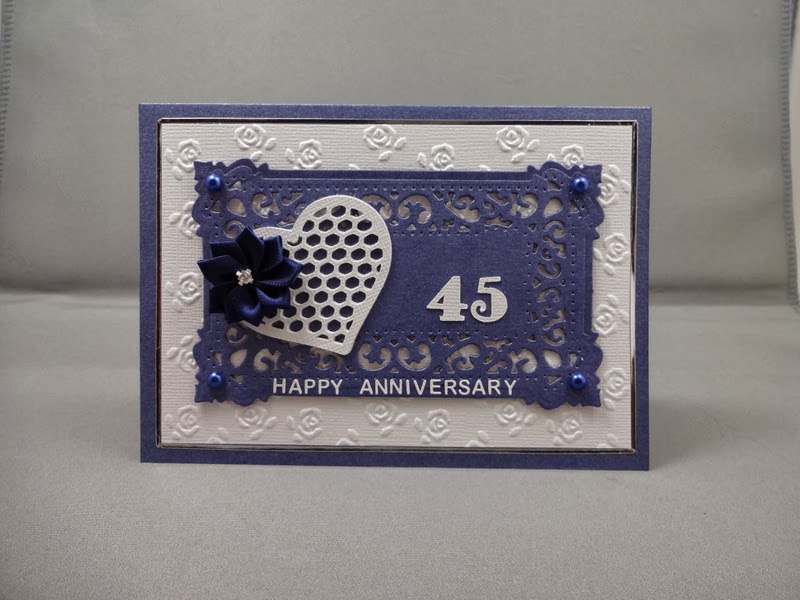 One of my work colleagues asked me to make 45th wedding anniversary card - she made the request last Wednesday and needed it for the following day!!!
A 45th anniversary is represented by Sapphire, so I went with that :-)  I embossed some Diamond Bazzill Bling with a roses embossing folder, then die cut a pearlescent blue mat using a new Sue Wilson die - one of the Spanish ones, bought at the recent Make It show.  The mesh heart is done on the Silhouette, as are the numbers.  I added a dark blue rose and pearls.  The sentiment is done with tiny peel-off letters - not my original plan, but my printer refused to co-operate with printing out onto card, so I had to improvise!
My colleague was very happy with it!  She has also asked for a 65th wedding anniversary card, but has given me a few weeks to do that ...... LOL.