I enjoyed last month's challenge so much, I thought I would do it again!

The seven photos required for November are: 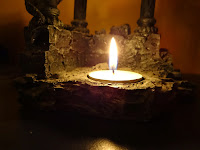 I decided on a candle flame ..... wow, it was hard to photograph!  I wanted to take a picture of the whole candle holder, which is a dragon breathing life down into the candle ....... but all pictures with the whole object in, just had a blaze of light rather than a distinct flame.  So I had to settle for the flame and the base of the holder :-) 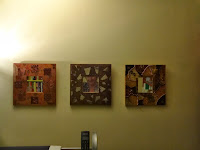 Another difficult one to take!  My three decorated Ikea mirrors, with reflections of my cookbooks, me - or most of me, I seem to have cut off the top of my head - and some craft books on another bookshelf. 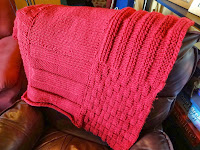 My knitted sampler square blanket .... it's quite well knitted, but not so well sewn together, that's the part I struggle with :-)  Lovely and snuggly though!

View from a Window 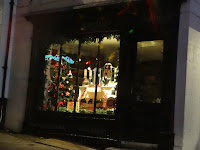 This is a view of a window, through another window ..... my car door window, to be precise.  I should add that I was stopped at traffic lights at the time :-)  Not as good a picture of the Christmas display as I would have liked, but not enough time to take another one. 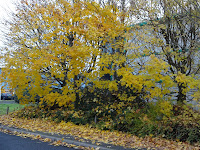 Drifts of leaves under their trees ...... 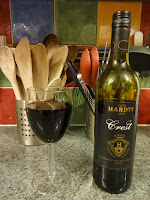 
Something you are thankful for 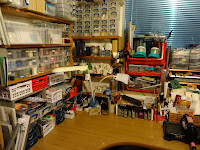 My now usable craft room - I was drowning in stuff and could barely turn around.  So I took everything out .... and then put some of it back!  The result is a space where I can actually work :-)  Not to mention that I now have a much clearer idea of what I have got.
During the course of this upheaval, I dropped a stepladder on my foot - ouch!  I nearly used a picture of my badly bruised toes, as I was very thankful that they weren't broken, but it was not a pretty sight, so you are spared that gruesome experience :-)
Looking forward to next month's prompts!